Create a California Non-Disclosure Agreement with our customizable template! 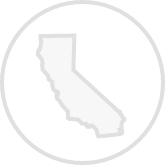 What is a California Non-Disclosure Agreement?

Generally, the person or business signing it promises not to reveal certain business secrets or they are limited in the use of the information that is considered as sensitive or confidential under California business law for a certain period of time. A California non-disclosure agreement should only be used in the interest of protecting legitimate business secrets.

Looking for other California documents?

Looking for other California documents?

A California non-disclosure agreement may be a legally binding contract that is governed by the State of California. Since it is designed to protect trade secrets belonging to a business, you must understand what a trade secret is as well as understand the basics of what California law says about the document.

However, the California Supreme Court held that NDAs may be used in employment contracts if the NDA is necessary to protect trade secrets. Muggill v. Rueben H. Donnelley Corp., 62 Cal.2d 239, 242 (1965) .

The definition of a “trade secret” for a business is found in CA Civ Code §3426.1 . This is the Uniform Trade Secrets Act. A “trade secret” is defined, in part, as “information, including a formula, pattern, compilation, program, device, technique, or process, that…” provides the business with an independent economic value that is either actual or potential and it isn’t known to the general public. Additionally, the business must make reasonable efforts to keep that information secret.

A Sample California NDA with Examples of Each Step

Remember that a California NDA cannot be used for any purpose other than protecting a trade secret as defined by California business law. It also cannot be overly restrictive. You may find it beneficial to first speak with an attorney before you create an NDA because the purpose of this binding contract is to protect your trade secrets and to protect you in court if necessary.

Finally, there should be space for the parties to sign and print their names, list their titles from the agreement (Disclosing Party or Receiving Party), their professional titles, and the date they signed the NDA. The parties should receive a copy of the executed document for their records.

Create a free California Non-Disclosure Agreement in minutes with our professional document builder.