Create a Mississippi Non-Disclosure Agreement with our customizable template! 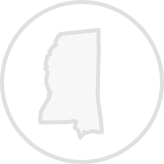 What is a Mississippi Non-Disclosure Agreement?

A Mississippi non-disclosure agreement (NDA) is more often referred to as a confidentiality agreement. It is a legal contract that creates a confidential relationship between the parties. The overall purpose of a Mississippi non-disclosure agreement is to prevent employees or independent contractors from giving business secrets, such as intellectual property, or sensitive information to others.

Because a non-disclosure agreement is one of many legal documents used during the hiring process, you should get legal advice from a qualified law firm before you draft one or before you sign one. Use of this site does not constitute legal advice or substitute for it, either.

Looking for other Mississippi documents?

Looking for other Mississippi documents?

Mississippi governs non-disclosure agreements and trade secrets through their Uniform Trade Secrets Act, Miss. Code Ann. §§ 75-26 . This law also states the potential damages that a business may be entitled to receive as well as how trade secrets are protected during legal action related to the NDA.

To help protect the business, use a Mississippi non-compete agreement with the NDA.

Business secrets are also referred to as “trade secrets.” The Uniform Trade Secrets Act provides a legal definition of “trade secrets.” In Miss. Code Ann § 75-26-3 , a trade secret is defined as information of some type that has actual or potential monetary value because it is something not considered general knowledge for the public.

A trade secret can’t be so simple that another business could figure it out and adopt it as their business practice. Examples given by the statute include formulas, patterns, compilations, programs, devices, methods, techniques, and processes. To protect a trade secret using an NDA, a business must also take reasonable steps to keep that information private.

How to Write a Mississippi Non-Disclosure Agreement

To write a basic Mississippi non-disclosure agreement, you should first read the Mississippi Uniform Trade Secrets Act. This will help you better understand how the law can protect your business' sensitive information. However, it is not a substitute for obtaining qualified legal advice. A lawyer can help ensure that your non-disclosure agreement is properly drafted to protect your trade secrets.

You can save your template in Microsoft Word (.docx) for easy editing.

The agreement also includes a signature line and the typed name of both the Disclosing and Receiving Party. The signatures should be dated. Each person should receive a copy of the finalized NDA for their records.

Create a free Mississippi Non-Disclosure Agreement in minutes with our professional document builder.