Create a Virginia Power of Attorney with our customizable template! 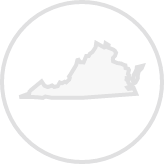 What is a Virginia Power of Attorney?

A Virginia power of attorney is a legal document that provides the authorization for an individual, referred to as the agent or attorney-in-fact, to make financial decisions, healthcare decisions, real estate decisions, or estate decisions on behalf of the individual granting this authority. A Virginia POA is most often used in estate planning. However, there are other times when a POA is also incredibly useful.

Looking for other Virginia documents?

Looking for other Virginia documents?

As of 2010, the principal is required to clearly list the agent's authority. That is where the term "hot powers" comes from. Common hot powers include an agent's authority to make gifts; the agent's ability to create, amend, or revoke an inter vivos trust; create or change rights of survivorship; create or change a beneficiary designation; delegate authority granted under a POA; waive the principal's rights to be a beneficiary of a joint and survivor annuity, including a survivor benefit under a retirement plan; or exercise fiduciary powers that the principal has authority to delegate.

Why Would You Use a Virginia Power of Attorney Form?

There are many reasons why someone would use a Virginia power of attorney to give another person the ability to make decisions related to their tangible property, financial institution transactions, tax matters, or their well-being. Some of those reasons include:

A general power of attorney grants a broad power to an agent to handle the affairs of the principal.

A medical power of attorney is a POA that gives the agent the ability to make healthcare decisions on behalf of the principal.

A minor (parental) power of attorney allows a parent or a guardian to grant decision-making rights over their child to a temporary guardian in the event that the parent or guardian may not be present during a medical emergency.

A real estate power of attorney grants power to the agent to buy, sell, and manage real estate on the principal's behalf.

A tax power of attorney, officially known in Virginia as Form PAR-101, allows the agent who is usually a qualified individual such as an accountant, to prepare and submit tax information to Virginia Tax on behalf of the principal.

A vehicle power of attorney, officially known as Form VSA-70, which allows the agent to buy, sell, and handle the necessary paperwork with the Virginia Department of Motor Vehicles on the principal's behalf.

Create a free Virginia Power of Attorney in minutes with our professional document builder.

Virginia Last Will and Testament