Create an Iowa Power of Attorney with our customizable template! 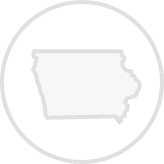 What is an Iowa Power of Attorney?

An Iowa power of attorney is a legal document that acts as the authorization for a person, known as the agent or the attorney-in-fact, to make financial decisions, healthcare decisions, real estate decisions, or estate decisions on behalf of the person granting this authority. An Iowa POA is most commonly used during the estate planning process. However, there are other instances where it is a useful tool.

Looking for other Iowa documents?

Looking for other Iowa documents?

The principal has the ability to specifically state which powers the agent may and may not exercise on their behalf. The principal may also revoke (terminate) the POA at any time even if it is durable. The principal must only be considered competent. The POA is also terminated if:

Why Would You Use an Iowa Power of Attorney Form?

There are many reasons why someone would use an Iowa power of attorney form to provide someone with the power to make decisions related to their tangible property, financial institution transactions, tax matters, or their well-being. Some of those reasons include:

Each person’s power of attorney needs may vary. Thankfully, there are many types of power of attorney documents. Before deciding which to use, you should seek the advice of an attorney so that you can choose the best one for your needs. You should also ask how to properly revoke a POA in the event you need to do so. Here are the most commonly used Iowa power of attorney forms.

A general power of attorney grants an agent with the authorization to handle broad matters on behalf of the principal.

A real estate power of attorney grants power to the agent, allowing them to buy, sell, and manage real estate on the principal's behalf.

A tax power of attorney form allows the agent, generally a qualified individual such as an accountant, to prepare and submit tax information to the Iowa Department of Revenue on behalf of the principal.

A vehicle power of attorney, officially known as Form 411021 allows the agent to buy, sell, and handle the necessary paperwork with the Iowa Department of Transportation on the principal's behalf.

Create a free Iowa Power of Attorney in minutes with our professional document builder.

Iowa Last Will and Testament