Create a Rhode Island Non-Disclosure Agreement with our customizable template! 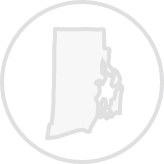 What is a Rhode Island Non-Disclosure Agreement?

Before writing your own NDA or before signing an NDA presented to you, you should first obtain legal advice from an employment law firm or a law firm that handles contracts.

Looking for other Rhode Island documents?

Looking for other Rhode Island documents?

If your employees or independent contractors may eventually work in other states such as New Hampshire, Massachusetts, or Maine, getting legal advice is imperative as you must determine whether the geographical restrictions you wish to set are reasonable. You must also determine whether you have any nonexempt employees as well.

In an ever-changing competitive environment, businesses must take every step they can to maintain their edge. One way a company can do this is to use the contract together with a Rhode Island non-compete agreement . However, it is best to ensure that you read the Rhode Island Noncompetition Agreement Act if you choose to also use a noncompete agreement for your business.

Since the purpose of a Rhode Island non-disclosure agreement is designed to protect business secrets, it’s important to examine Rhode Island’s Uniform Trade Secrets Act to understand how the state defines the term “trade secret.”

How to Write a Rhode Island Non-Disclosure Agreement

To write a basic Rhode Island non-disclosure agreement, read the Rhode Island Uniform Trade Secrets Act as it will help you better understand how NDAs work.

Do keep in mind that this is not a substitute for obtaining legal advice. A lawyer can help ensure that your NDA can stand up against a former employee or independent contractor to protect your trade secrets should it become necessary.

You can save your template in Microsoft Word (.docx) for easy editing. After your NDA is signed, you save it as an Adobe PDF.

The Disclosing Party and the Receiving Party must sign and print their names. The signatures should be dated. Finally, the parties should each receive a copy of the finalized contract for their records.