Create a Hawaii Power of Attorney with our customizable template! 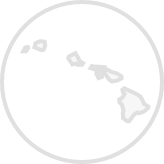 What Is a Hawaii Power of Attorney?

A Hawaii power of attorney is a legal form that acts as the authorization for an individual, known as the agent or attorney-in-fact, to make financial decisions, healthcare decisions, real estate decisions, or estate decisions on behalf of the person granting this authority. A Hawaii POA is a tool that is most often used in estate planning, but there are other times when a POA is also useful.

Looking for other Hawaii documents?

Looking for other Hawaii documents?

According to Act 22 of the Hawaii Revised Statutes enacted in 2014, if the principal signs the POA in front of a notary public, it is considered valid. With that being said, the Legal Aid Society of Hawaii's POA brochure states that many organizations, including the Social Security Administration, are not obligated to accept any type of power of attorney even those written according to Hawaii Revised Statutes.

Why Would You Use a Hawaii Power of Attorney Form?

There are many reasons why someone would use a Hawaii power of attorney form to give someone the authority to make decisions related to their tangible personal property, financial institution transactions, tax matters, or their well-being. Some of those reasons includings:

A general power of attorney grants an agent the power to make decisions on behalf of the principal.

A medical power of attorney allows the agent to make healthcare decisions on behalf of the principal.

A real estate power of attorney allows the principal to designate an agent to buy, sell, or manage real estate on their behalf.

Initiated by Form N-848, a tax power of attorney form allows a capable individual, generally an accountant, to handle all tax preparation and submission needs on the principal’s behalf.

Create a free Hawaii Power of Attorney in minutes with our professional document builder.

Hawaii Last Will and Testament