Create a Kansas Power of Attorney with our customizable template! 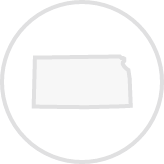 What is a Kansas Power of Attorney?

A Kansas power of attorney is a legal form that acts as the authorization for an individual, referred to as the agent or the attorney-in-fact, to make financial decisions, healthcare decisions, real estate decisions, or estate decisions on behalf of the person granting this authority. A Kansas POA is most often used as an estate planning tool, but there are other instances when it is also a useful tool.

Looking for other Kansas documents?

Looking for other Kansas documents?

A Kansas power of attorney implies that the power of attorney form complies with Kansas Statutes Chapter 58, Article 6 of the Kansas Powers and Letters of Attorney Laws. K.S.A. 58 specifically outlines the parameters of a legally enforceable POA and ensures that the form, as well as its duties, are protected under the law.

According to the Attorney General's website, which offers a handy PDF, a POA:

The principal can revoke the power of attorney as long as they are considered competent. Additionally, a POA is revoked when:

Why Would You Use a Kansas Power of Attorney Form?

There are several reasons why one person may want to use a Kansas power of attorney form to give another person the authority to make decisions related to their tangible belongings, financial institution transactions, tax matters, or their well-being. Some of those reasons include:

A general power of attorney grants an agent the power to make certain decisions.

A durable healthcare power of attorney grants power to the agent to make important healthcare decisions on the principal's behalf shouldthey become incapacitated or unable to make such decisions.

A real estate power of attorney grants power to the agent, allowing them to buy, sell, and manage real estate on the principal's behalf.

A tax power of attorney allows the agent, generally a qualified individual such as an accountant, to prepare and submit tax information to the Kansas Department of Revenue on behalf of the principal.

A vehicle power of attorney, officially known as Form TR-41 allows the agent to buy, sell, and handle the necessary paperwork with the Kansas Department of Revenue, Division of Vehicles on the principal's behalf.

Create a free Kansas Power of Attorney in minutes with our professional document builder.

Kansas Last Will and Testament